How long does the moving process take?

Trying to estimate the precise timing of a move is impossible. Each move is unique and there are just too many variables to be very specific. Factors affect timing involve things like the type of home, the size of the doors, the number of levels, the type of furniture, the amount of furniture disassembly required, the knowledge of the movers, or the nature of the weather conditions.

That said, you can use this rule of thumb for 3 workers (one on the truck and two in the house):

For example, you are moving from a six-room Cape in Warwick that is close to the road with a full basement and a one-car garage. That means it has 10 “rooms”. That gives you a guesstimate of about 7 to 8 hours to load and 4 to 5 hrs. to unload.

What is the average time or duration of a long-distance move?

A long-distance move has three components that affect timing; origin services, driving, and destination services. We’ll tackle each separately with an estimate of workdays rather than hours.

For example, you have a seven-room home in Narragansett with an estimated weight of 9,680
lbs. Liberty is packing and loading everything. That gives you a guesstimate of two days; one day to pack and one day to load.

For example, you have a shipment with an actual weight of 12,560 lbs. Liberty is delivering and
unpacking everything. That gives you a guesstimate of one day to deliver and a half-day to unpack.

How long will it take Liberty Moving and Storage driver to drive to my new location?
The interval between loading and delivery depends on many factors besides distance. These include how many other shipments are on the truck (if any), what order they are loaded, what order they have to be delivered, weather, traffic, customer availability, and legal driving limitations on the driver. That said, the rule of thumb to estimate the absolute minimum “legal” time it will take to transport the shipment from origin to destination is: 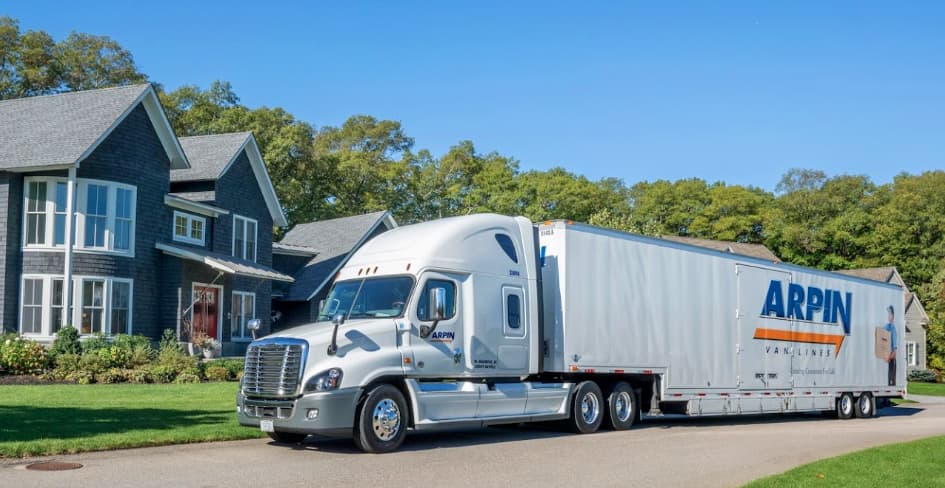